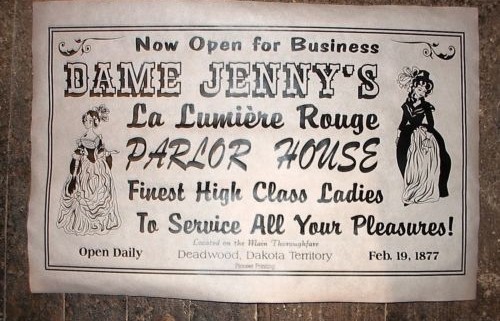 In my youth, when I was sneaking into clubs at 16 / 17, hoping i didn’t get asked by the guys on the door for some ID, my mates and I all knew them as bouncers. It was only later in life when I came to work for a Private Security firm in Kent, that I learned the title assigned to those who managed the door was leaning more towards the professional term of ‘Door Supervisor‘. Sounds more professional doesn’t it.

Anyone who has ever been to a club or worked in one knows the simple fact, if you mix a lot of people in an environment where alcohol flows, there is a higher chance of trouble breaking out. Even the most placid of people, can turn into something completely different, once the booze starts flowing…

So, we all recognise them as Bouncers (also known as a doorman or door supervisors) but they are officially a type of security guard, employed at venues such as pubs, clubs and events to keep things in order, check legal age, refuse entry for intoxication, monitor and evict those who display aggressive behavior etc.

Over the last 20 years, the role of the bouncer has changed to keep pace with the times. 20 Years ago, it was purely alcohol fueled problems but nowadays, we have the added complexities of drugs and even terrorism. Sadly, we live in a slightly troubled world and whilst it would be nice for everyone to get on, the hippy love scene of the 60’s has long gone and we are left in a somewhat volatile and intolerant society, but has it always been that way…

The significance of the doorman as the person allowing (or barring) entry is found in a number of Mesopotamian myths, including that of Nergal overcoming the seven doormen guarding the gates to the Underworld.

In the Old Testament, the Levitical Temple is described as having a number of ‘gatekeepers’— whose role was ” to protect the temple from theft” and control “illegal entry into sacred areas” or in other words, to maintain order, functions they share with the modern concept of the bouncer, though the described temple servants also serve as holy persons and administrators themselves …. No, we don’t have any plans to give our security staff bibles and make them holy :-) but it is interesting to see that in ancient times, larger people who displayed great strength and skills were used as protectors.

The Romans had a doorkeeper, otherwise known as a ‘Ostiarius’ whose role was to guard the door and if necessary, eject unwanted people from the house he guarded.

Plautus, in his play Bacchides (written approximately 194–184 BC), mentions a “large and powerful” doorman / bouncer as a threat to get an unwelcome visitor to leave.

Tertullian, an early Christian author living mainly in the 1st century AD, while reporting on the casual oppression of Christians in Carthage, noted that bouncers were counted as part of a semi-legal underworld, amongst other ‘shady’ characters such as gamblers and pimps.

Late 19th and early 20th century, the US saloon-owners and brothel madams needed to hire bouncers to remove troublemakers and protect the saloon girls and prostitutes. Much like today, the trouble often spilled over due to alcohol fueled arguments which broke out. The word “bouncer” was first popularized in a novel called The Young Outlaw, which was first published in 1875. In Chapter XIV, entitled “Bounced”, a boy is thrown out of a restaurant because he has no money to pay for his dinner.

An 1883 newspaper article stated that “‘The Bouncer’ is merely the English ‘chucker out’. When liberty verges on license and gaiety on wanton delirium, the Bouncer selects the gayest of the gay, and—bounces him!” if only they knew, how that meaning would be so different nowadays …

Doorman in the 19th Century 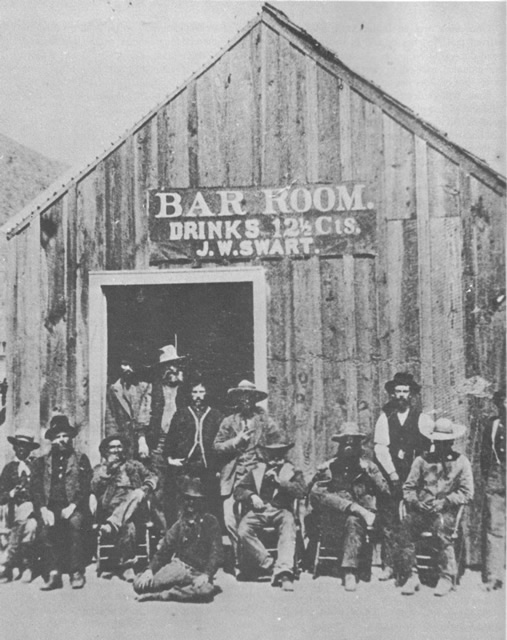 An Arizona saloon in 1885, from the era when bouncers earned their rough and tumble reputation by forcibly ejecting brawlers.

Let’s take a trip to the wild west. You may have seen some of those classic cowboy movies or that classic by Dolly Parton, The Best Little Whorehouse in Texas, brothels often referred to as “good houses” or “parlour houses” needed protection, so they hired bouncers for security to maintain order but also to stop patrons from evading payment! During these times, brothels looked like respectable mansions, with games rooms, ball rooms and bars. They needed security, so somewhere in every brothel there was always a bouncer, a giant of a man who stayed sober to handle any customer who got too rough with one of the girls or didn’t want to pay his bill.

In Wisconsin’s lumberjack days, bouncers would physically remove drinkers who were too drunk to keep buying drinks, freeing up space in the bar for new patrons. The slang term ‘snake-room’ was used to describe a “…room off a saloon, usually two or three steps down, into which a bar-keeper or the bouncer could slide drunk lumber-jacks head first through swinging doors from the bar-room. Not so sure, health and safety would approve of that nowadays, but it’s a nice idea.

In the late 19th century, bouncers at small town dances and bars physically resolved disputes and removed troublemakers, without worrying about lawsuits. In the main bar in one Iowa town, there were many quarrels and fights, but all were settled on the spot. There were no court costs for the bouncers or the bar, only some aches and pains for the troublemakers.

In the 1880s and 1890s, bouncers were used to maintain order in the The Gut, the roughest part of New York’s Coney Island, which was filled with bars, cabarets, fleabag hotels and brothels. Huge bouncers patrolled these venues of vice and roughly ejected anyone who violated the loose rules of decorum.

During the 1890s, San Diego had a similarly rough waterfront area and red light district called the ‘Stingaree’, where bouncers worked the door at brothels. Prostitutes worked at the area’s 120 bawdy houses in small rooms, paying a fee to the procurer who usually was the bouncer or ‘protector’ of the brothel. The more expensive, higher-class brothels were called “parlour houses”, and they were “run most decorously”, and the “best of food and drink was served.” To maintain the high-class atmosphere at these establishments, male patrons were expected to act like gentlemen; “… if any customer did or said anything out of line, he was asked to leave. A bouncer made sure he did”.

Today’s Doorman performs the same role
Whatever way you look at it, the doorman has always been required. Where humans gather and booze is sold, trouble will often follow. It’s just one of those things, but the modern day doorman has a more challenging task, as they can’t just throw someone out without first trying to bring calm to any given situation. Think first, talk second and act swiftly and professionally if necessary.
This is the challenge for our Door Supervisors today …
We hope you enjoyed our post
A little bit of history, some humour and the reality that doorman security today is fundamentally the same as it has been for hundreds, if not thousands of years.
If you are looking for Doorman Security Services or Security Guards to protect your premises, your assets or yourself, get in touch with So Secure.
July 15, 2018/by sladmin
https://www.so-secure.co.uk/wp-content/uploads/2016/03/brothel.jpg 375 500 sladmin https://www.so-secure.co.uk/wp-content/uploads/2018/10/SoSecure_logo_white-02.jpg sladmin2018-07-15 16:54:222018-08-16 08:23:39Bouncers - The History of Doormen

What is Manned Guarding?